The 2016 CEF Transport (as an instrument to realize European transport infrastructure policy) Calls for Proposals, opened on 13 October 2016, make €1.9 billion of funding available for projects of common interest in the transport sector.

These calls are open (deadline for submission of proposals – 7 February 2017).

Cohesion calls are open exclusively for proposals in EU Member States eligible for funding from the Cohesion Fund, with a total indicative budget of €1.1 billion.
General calls are open to all EU Member States, with a total indicative budget of €0.8 billion.
INEA, along with the European Commission, organized an Info Day on 25 October 2016 to present the political priorities and content of the 2016 calls. The Info Day also provided participants with practical information about how to prepare a successful proposal, as well as other background information relevant to the application and evaluation process.

The results of the 2016 CEF Transport calls will be officially announced in the summer of 2017.

MAP calls address all priorities. Priorities marked with an asterisk (*) are addressed under the MAP Cohesion call only.

The Calls are evaluated by independent experts at the INEA offices. If you are interested in becoming such an expert, see the link below! 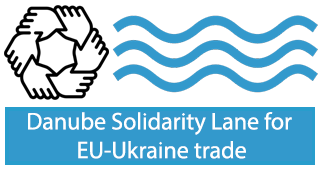 Convention regarding the regime of navigation on the Danube

Handbook on radiocommunication for Inland Navigation

Catalogue of Publications of the Danube Commission