Representatives of the Secretariat of the Danube Commission met with the high representatives of the Ministry of Construction, Transport and Infrastructure and the Ministry of Foreign Affairs of the Republic of Serbia in Belgrade, on 9th December 2019. The Serbian side, as the depositary of the Convention regarding the regime of navigation on the Danube (the Belgrade Convention), expressed its country’s interest for the development of IWT on the Danube and the DC reform process. They also emphasized the readiness of the Republic of Serbia to open Chapters 14 and 21 in the negotiations with the EU (Transport and Trans-European Networks). 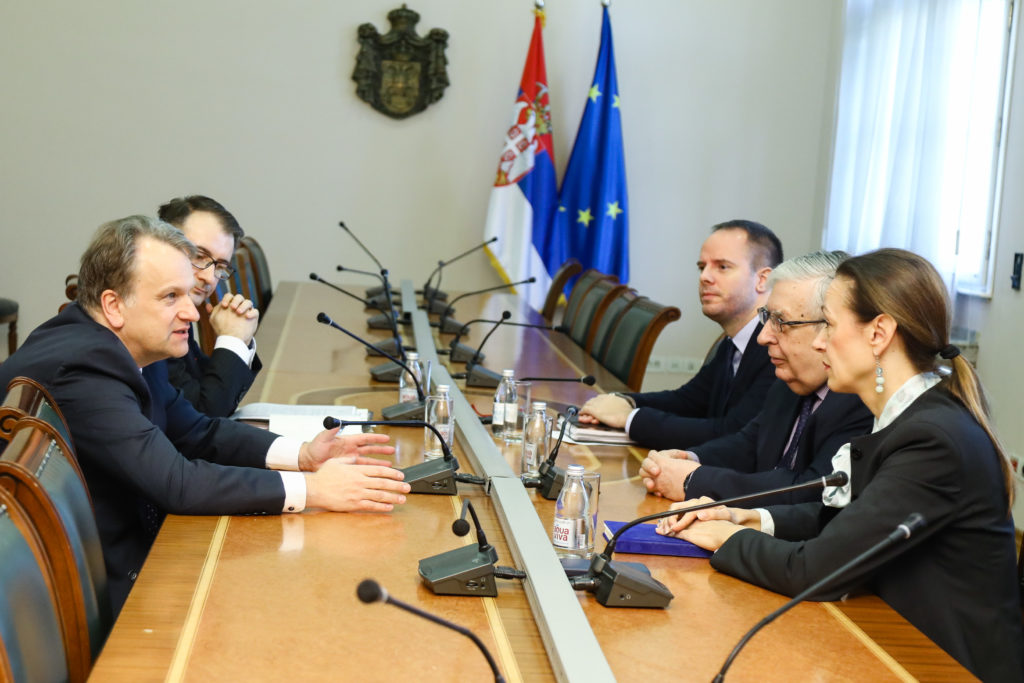 They also emphasized the readiness of the Republic of Serbia to open Chapters 14 and 21 in the negotiations with the EU (Transport and Trans-European Networks).

The Director-General of the Secretariat underlined the future concept that the DC Secretariat acts as a Centre of competence for Danube navigation serving the DC member states, close cooperation with EC DG Move, use of the EU-funded activities (Grant Agreement and EU-funded projects) and a meaningful reform process of the Danube Commission.

One of the Secretariat’s initiatives was also presented when it came to the active role of the DC in cross-border and transnational projects on the Danube with regard to IWT under the Belgrade Convention and the agreement with the member states. The Serbian side spoke positively about the initiative and expressed the sensitivity of the mentioned topic and the need for gradual action in the future.

It was said that the DC Secretariat has made activities planned for the next period a priority in dealing with ports and logistics on the Danube. In this scope, a discussion was ensued about a new DTP DIONYSUS project, which will be implemented in the 2020-2022 period, as well as the UNCTAD program of educational function for senior management in ports on the Danube, as one of the weaknesses in the operation of 75 ports and 198 terminals on the Danube.

Representatives of the Ministry presented key projects regarding IWT infrastructure and ports reconstruction in Serbia up to 2025, activities to prepare Serbia’s competent authorities for the implementation of EU Directive on the recognition of professional qualifications in inland navigation (QP Directive 2017/2397) from 17th January 2022. They also confirmed readiness for the implementation of the DAVID forms in IWT in the Republic of Serbia from 1st January 2020.