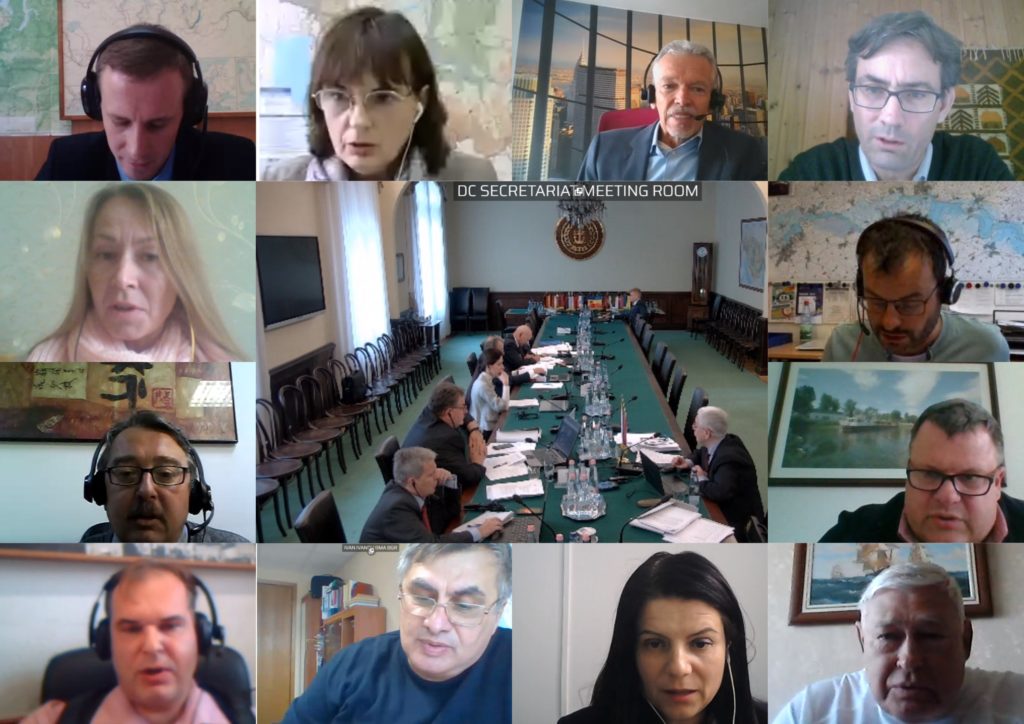 It was utterly important to discuss the results of the first stage of the drafting group in order to prepare proposals for updating DFND-2018, the language/languages of communication in Danube navigation during radio exchange, procedure and deadlines for advance reporting to the Danube countries in the event of the interruption of navigation on certain sections of the Danube.

Extensive discussion took place on the implementation of Directives (EU) 2017/2397, 2016/1629 and ES-TRIN standard in Danube navigation, as well as on the mutual recognition of boatmasters ‘ certificates and certificates for inland navigation vessels on the Danube.

Equally important was the presentation of the draft DC Fleet Modernization Working Platform in line with the Green Deal and ES-TRIN (Directive (EU) 2016/1629), as well as the results of the GRENDEL project and the focus areas of PLATINA 3. The project also reflects the outcomes of a subject-related questionnaire circulated to the DC Member States.

In view of the situation on the Lower Danube in the second half of September, assistance to national waterway administrations in the development and implementation of hydraulic projects aimed at achieving recommended navigable fairway parameters, hydraulic and other facilities on the Danube was discussed in detail.

An overview of the DC’s involvement in the projects related to the TEN-T Core Corridor Rhine-Danube, Steering Committee and Working Groups of Priority Area 1 and the EU Strategy for the Danube Region (PA 1a EUSDR) was presented; information on the application of the DAVID forms in Danube navigation and on the creation of the digital DAVID forms under the RIS COMEX project was provided; the results of the first experts meeting on the development of port and port operations (30th September 2021) were addressed.

Topics related to the participation in relevant activities at the European level within the UNECE, CESNI /QP, CESNI/PT and in other events were summarized.

The Working group reviewed the work of the Secretariat in the field of statistics and economic analysis, as well as the results of market observation for Danube navigation (results of the first quarter and the first half of 2021); cooperation with the CCNR on the preparation of joint publications on Market observation report on inland navigation in Europe was considered.

The Working group heard an interim report by the Director-General of the Secretariat on the implementation of the DC Work Plan for the period from 1st January to 1st September 2021 and adopted the draft amended DC Work Plan for 2022, as well as the draft schedule of meetings relating to technical matters.