The session has been convened in order to discuss the violation of the Belgrade Convention regarding the Regime of Navigation on the Danube by the Russian Federation, in particular the infringement by this member state of the Danube Commission of Ukraine’s sovereign rights as a Danube riparian country, in terms of violation of the Ukrainian territorial integrity and its borders ‘inviolability, as well as the damaging of economic relations among the Danube countries. 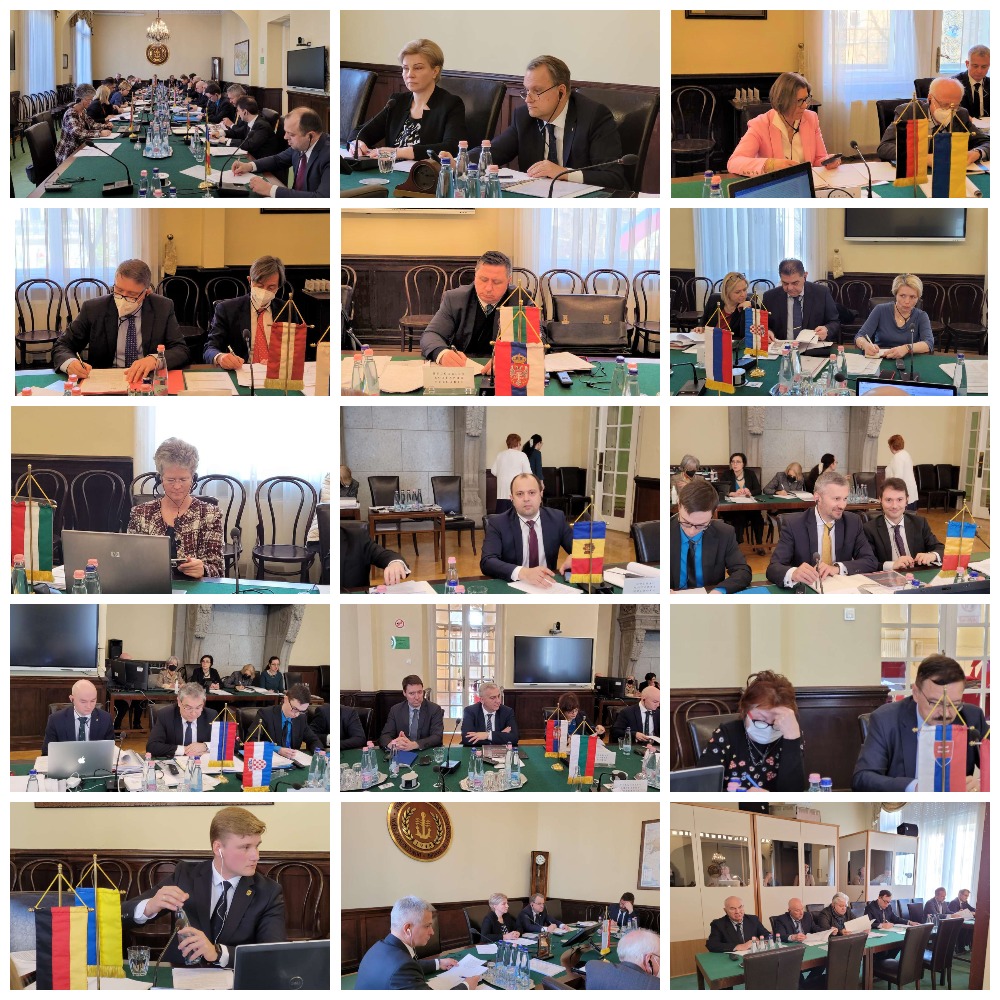 The participants of the session observed a minute’s silence to commemorate the victims of the military aggression by the Russian Federation on the territory of Ukraine.

During the 12th extraordinary session the Representatives of the member states adopted the Decision of the 12th extraordinary session of the Danube Commission concerning the military aggression by the Russian Federation against Ukraine, violating the basic principles of the Belgrade Convention (doc. DC/SES-XII Extr./3). According to this decision the full powers of all representatives of the Russian Federation have been declined; they have been excluded from the participation in all meetings at the Danube Commission and its working bodies until the restoration of peace, sovereignty and territorial integrity of Ukraine within its internationally recognized borders.

In addition, it was questioned whether the Russian Federation, as a country with no bank of the Danube on its territory, can in the future continue to be a contracting state of the Belgrade Convention.

The 13th extraordinary session of the DC will take place on the 21st of March 2022, in order to debate the mandate of the officers of the Secretariat of the Danube Commission.