Expert Meeting on the collection of ship-generated waste on the Danube was held on the 4th of March 2022 in hybrid mode.

The meeting was attended by experts from the member states of the Danube Commission: Bulgaria, Croatia, Hungary, Russia, Serbia, Slovakia and Ukraine, as well as the Secretary of the UNECE Working Party on Inland Water Transport and policy officer of the Strasbourg Convention on the collection, deposit and reception of waste generated during navigation on the Rhine and other inland waterways. 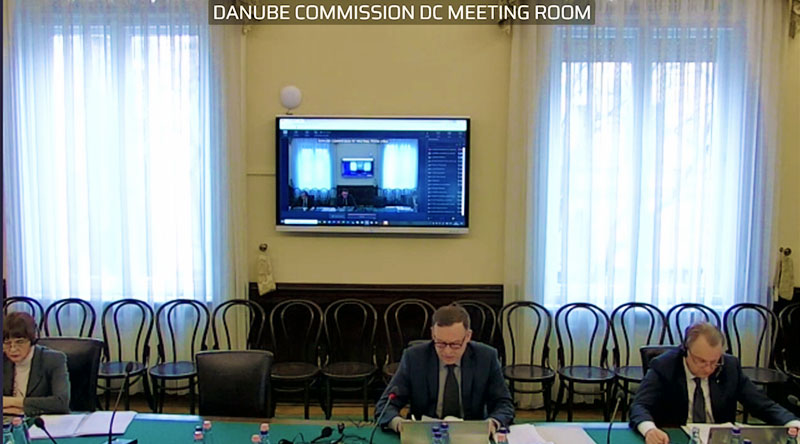 The experts discussed the issues of environmental security of the Danube, which are important for the entire European inland navigation, and agreed on the draft updated version of the Recommendations for organising the collection of ship-generated waste in Danube navigation, as well as considered the practical actions taken by the competent authorities of the Commission’s member states to prevent pollution of the Danube.

The meeting was informed about the infrastructure established on the Danube for the collection and disposal of ship-borne waste.

As a case study, the Secretariat provided information on the organization of waste collection from ships at the Green Island reception station in Budapest.

Currently, reception stations for collecting ship-borne waste can be seen on the interactive map of the Danube. This information in testing mode is available on the website of the Danube Commission.

When discussing the next steps by the Danube Commission on the establishment of a common system for financing waste collection on the Danube, it was proposed to examine the experience of the vignette sales system on the Austrian section of the Danube.

The results of the meeting will be presented at the meeting of the working group on technical matters (5-8 April 2022), at which the draft updated version of the Recommendations for organizing the collection of ship-generated waste in Danube navigation is to be considered for its further approval at the 97th ordinary session of the Danube Commission.